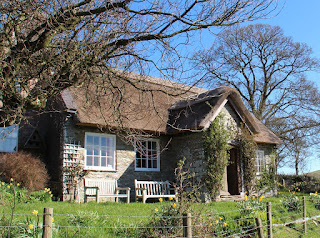 (This newsletter can be downloaded for printing – please click here)

Autumn has arrived at the Pales: the garden is asleep, the leaves have fallen and the colours are glorious. In this newsletter we will report on The Management Group’s meeting with the Architects and the plans that will be discussed with the various planning bodies, we will show you the display panels that are being created by Peter Hussey, and invite you to join Llandrindod LM at the Pales for their Christmas Meeting.

Visit to the Architects.

The PMG recently met the architects, Simmonds Mills, in their office in Hereford (well, most of us did, but that is another story!). They showed us the latest plans which showed the updates we had requested, which gave more space for the warden’s accommodation and additional bedrooms to facilitate visitors. They had also created an exciting design for extending the toilet block to create facilities for our visitors and campers, including space for preparing food and eating. These will now go through the Pre-Planning application process before finalised plans are prepared for approval.

Peter Hussey, of Llandrindod LM, has been asked to produce some display panels for the schoolroom – we wanted a timeline that showed the history of the Pales as a supplement to the existing information boards. The panels are not finished yet but they are worth sharing. When they are finished the panels will be mounted on the back wall. 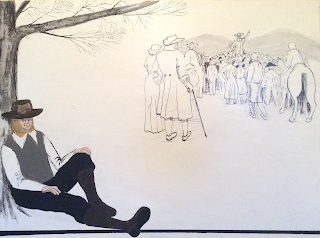 George Fox, despondent after years of spiritual searching, has a revelation that energised him to travel, preach and find friends who understand his message: that we all have the potential to link directly to the divine, that delights in truth and love.

Fox preached at “a common in Radnor'” – probably Pen y bont common. Many are persuaded, and Mid Wales became a strong area for Quakers. 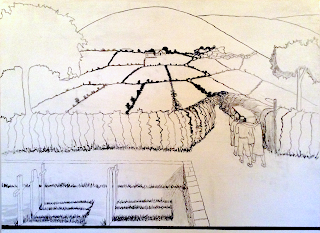 The Quakers had no need for permanent places in which to worship, but, as they could not be buried in church grounds, there grew the need for burial grounds. A 3/4 acre plot “paled round about” was purchased for the purpose near Llandegley. In 1717 a Meeting House was built adjacent to the burial ground. 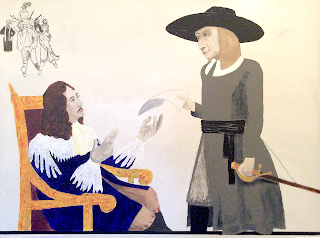 Quakers suffered imprisonment, beatings and loss of possessions because of their beliefs.

William Penn was owed £16,000 by The Crown, Charles II, anxious to rid himself of “these troublesome Quakers”, cleared the debt by providing an area of land in the “New World”. Penn offered it for sale in parcels to create a new state – Pennsylvania – with religious freedom. Many Radnorshire Quakers settled in the experimental 50,000 acres which  became known as “the Welsh tract“. 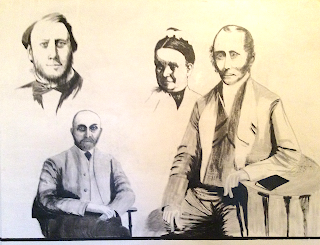 “Many persons having expressed the conviction that there is a great want of further accommodation for the good education of Children in the neighbourhood of Llandegley and Penybont, we have thought it right to commence a day school at the Pales.”

From a circular found in The Pales Minute Book.

The driving force behind this appears to have been Henry Stanley Newman of Leominster. The first teacher was William Knowles, a Yorkshireman, 1867 -74, followed by an American, Yardley Warner “a friend to Presidents and Native American chiefs alike”. Yardley married Anne Home in 1877, they left the Pales in 1881, but after Yardley’s death Anne returned briefly.

Christmas Meeting at the Pales.

On Sunday the 17th of December at 3.00 pm Llandrindod LM will be holding their Christmas Meeting for Worship. The theme is ‘Faith in our Future and Friends’ are asked to bring along a quote or a poem to reflect the theme and to share it.  Refreshments will be available after Meeting.

We are filling up the Pales diary for next year will exciting events to entice visitors. Dates for some events have yet to be finalised but we are planning the following –

April – Poetry day. Facilitated by Stevie Krayer this will be an opportunity to share much loved poems and some guidance on creating your own epic.

May – Ecology day. A day exploring the grounds and surrounds, examining the local wildlife led by a local ecologist.

June – Art Day. Following the successful day this year this is another chance to share materials and techniques in a supportive atmosphere.

August – Green Art. A mid-week day of creating art and sculpture form the natural materials to be found in the Pales grounds. This day is particularly targeted at primary school age children, young Ffriends and families. We hope to encourage people from all around to join us.

September – The Pales Lecture. We are hoping to make this and annual event and will invitee a speaker to address us on a relevant topic. Several candidates are being considered and more news will follow.

Following last month’s sighting of kites in the skies above the Pales, our Friend in Residence, Carole Chapman, reports seeing twenty four kites in a group soaring over the hills. Unfortunately we have no photos of this spectacular sight but we have some photos of the Autumn colours in the grounds. 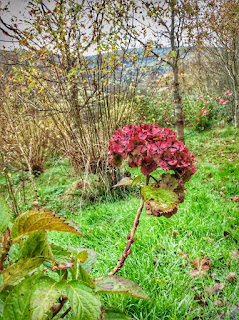 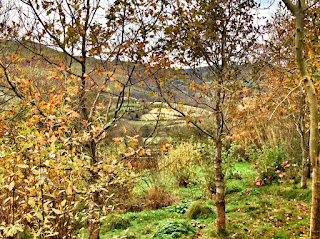 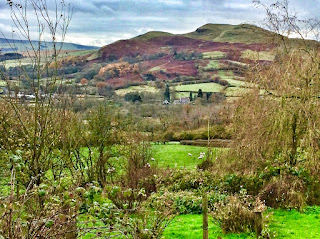