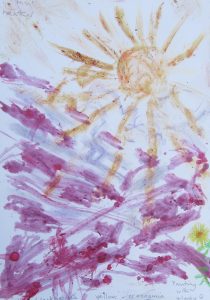 (You can download a copy of this newsletter for printing and displaying on your Meeting House Notice Board – please click here.)

The planning applications for the renovation and renewal of the Pales have now been submitted. After months of hard work by our architects, Simmonds Mills, and the Pales Management Group all of the i’s have been dotted and all of the t’s crossed. The last holdup had been the updated Bat Report which recorded that, thought here were several species of bats in the locale, none of the intended work would disturb them. We now have to wait for a date for the Planning Committee to consider the plans; we await the outcome with bated breath.

The plans as submitted will be on display at the Pales from Thursday 15th August, when you will also have the opportunity to join us for the Green Art Day; more information below.

Report on the Summer Concert by John Senior.

The Pales summer evening concert on 20th July was performed by the Llanidloes Klezmonauts: Matt (founder member of the band) on keyboard, Pippa on fiddle, Cornelius on accordion and mandolin, Rick on bass and Tom on clarinet. 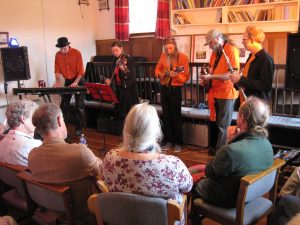 Klezmer is the musical tradition of the Ashkenazi Jews of Eastern Europe: Jewish settlers who established communities along the Rhine in Western Germany and in Northern France during the Middle Ages.  It originally consisted largely of dance tunes and instrumental display pieces for weddings and other celebrations.  The word klezmer comes from two Hebrew words:  kli – tool, utensil, and zemer – to make music: literally vessels of song.

The interval included the opportunity to taste bagels (widely consumed by Ashkenazi Jews from the 17th century) kindly supplied by Andy’s Bread Ltd of Llanidloes.

Following the interval an interesting connection was made by John Senior between klezmer and Gustav Mahler, demonstrated by playing a CD of the third movement of Mahler’s first symphony.

The movement opens with a funeral march and a minor-key version of  Frère Jacques (Bruder Martin) played as a round.  Suddenly a schmaltzy-tearful melody of oboes and trumpets, played by a klezmer-like band, bursts in on the scene.  Differing ideas and minor and major keys intertwine, just as they do in klezmer, as was then further exemplified by a piece composed and played by the Klezmonauts.

Gustav Mahler is usually associated with Vienna, where he converted to Catholicism to pursue his musical career, and he composed his first symphony in Leipzig, Germany.  However, Gustav was born and lived his  childhood in Jihlava (German: Iglau) in Moravia, then Eastern Bohemia, part of the Austrian Empire and now in the Czech Republic, and 180 ml SE of Leipzig.  His parents were members of an Ashkenazi community.  The young Gustav Mahler would therefore have been very familiar with the traditional music of the Ashkenazis: Klezmer.  What could have been more natural in composing his music, particularly his first symphony, than to call upon his childhood memories? 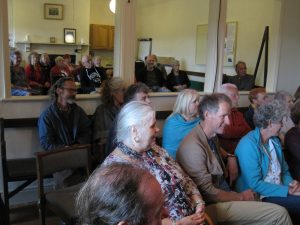 What is Green Art? 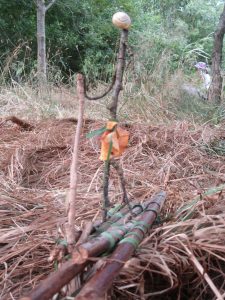 One broad definition is ‘the practice of using environmentally friendly, non-toxic and natural materials’ – such as non toxic paint or recycled paper.  But taking it further one can consider how one might create art simply from the natural materials around us – as has been demonstrated by artists such as Andy Goldsworthy or Richard Shilling – using ephemeral materials such as twigs, leaves and grass, or creating special paths and routes.  Such exploration leads one to examine the wonders of the natural world at close hand.  Children can be very good at this – but whatever your age, on Thursday August 15th you can enjoy exploring what you can discover and create in the grounds of the Pales.

You will be welcome at any time between 10.30 and 4pm. Bring a picnic- tea and coffee will be available, and indoor space if the weather is unkind.

The name of the Pales enjoyed plenty of publicity  over the weekend of 12-14 July, when the Pales Peace choir  joined 46 other choirs participating in the  annual Street 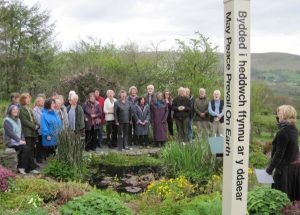 Choirs Festival, which this year was held at Manchester, excellently  organised by the  Manchester Community Choir.  As well as  indoor concerts in the spacious premises of the Royal Northern School of Music, there was busking in the street by a  great variety of individual choirs from all over Britain,  demonstrating how music  and harmony  from around the world  can powerfully support aspirations for peace  and social justice, as well as lifting the spirits of the participants ( and one hopes, of the audience). The Pales Peace choir, led by Susie Ennals, celebrates its 10th anniversary this year. It meets on the 3rd Saturday of each month from 10-4. New members are welcome  – including those who think they can’t  sing – but  in this friendly and supportive group they may be surprised to find they can!

Taizé at the Pales

On Sunday 15th September there is another opportunity to explore the songs of the Taizé community, led by Susie Ennals.

Taizé is the name of a tiny village in the hills of Burgundy. It is also the home of an ecumenical community and a place where thousands have come for its inspiration. How has Taizé touched so many hearts? What can its music and prayer awaken in us as we find our own spiritual path? Come for a day to explore Taizé’s origins and teachings. Learn songs that carry its message of love, reconciliation and community. All are welcome, and no experience of the music is necessary.

Stay on, if you wish, to join the Meeting for Worship at 3.00pm where the singing can be used to deepen the silence before Meeting starts.

Arrive from 10.00am and refreshments, for a 10.30am start. Bring food for a shared lunch. More information is available on our website. Please click here. 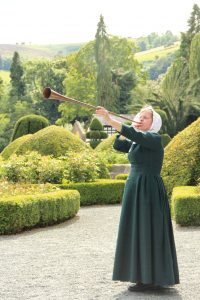 Ruth has recently asked to be released from her role as a Quaker Prison Chaplain but will use these experiences to add a further dimension to her talk.

Ruth enhances her talks way using various musical instruments including a hurdy-gurdy. It should be an entertaining and informative talk.

Last year’s Green Art Day produced some marvellous examples of what can be done with natural items found in the grounds of the Pales. Here are a few more examples – why not come along on Thursday the 15th August and see what you can do. 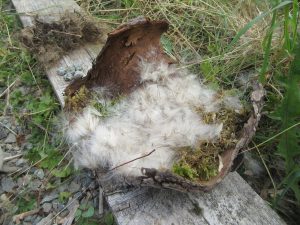 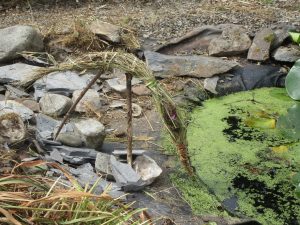 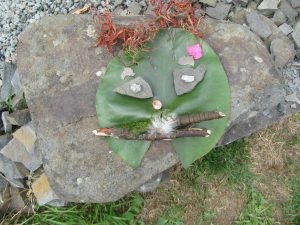